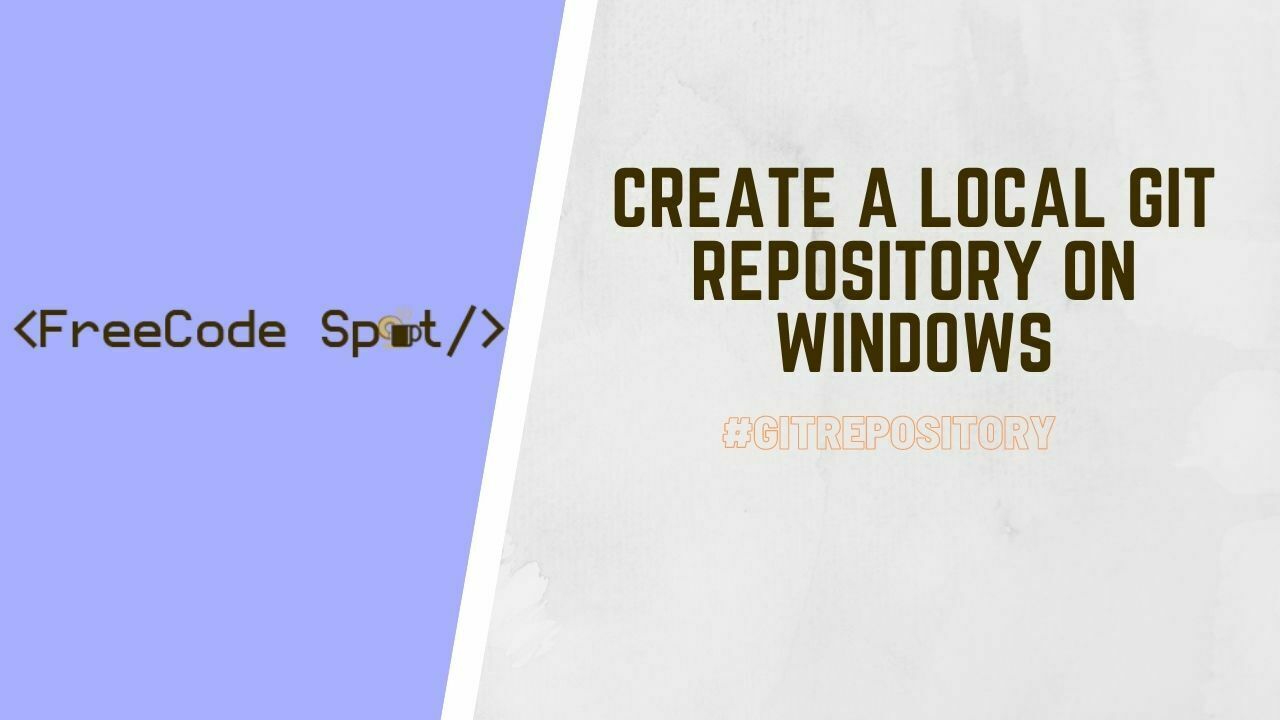 Blog / How to create your own local Git repository on Windows

In this tutorial, we will learn How to create your own local Git repository on Windows. Instead of using an online Git Repository like GitHub, BitBucket, and DevOps Azure, we will use a local folder and initialize it as our local code storage. Using a Git Repository we’ll help us share our code with our fellow developers. This is commonly used in development with more than 1 developer working on the same project.

What is Git repository used for?

Before we proceed to the next steps, please make sure that you have a Git installed on your machine. You may also visit this link to download the latest Git for windows. link

I. Create a folder

II. Create and initialize a Repository

Now, let’s create the actual repository. To do that, cd to the Test Git folder and use the code to create and initialize a repository.

To check if the initialization is successful, you can check using ‘ls’ command to view if the test.git already exists on the Test Git directory. You may also open the actual folder directory as shown below.

Now, cd to the test.git repository you will see a ‘(BARE:master)’ this will confirm that our repository is working.

Now, that you have successfully created your local repository, let’s add some files and push using Visual Studio. In this tutorial below is the URL/path of my repository.

We will clone our repository using Visual Studio and add some files. To do that, follow the steps below.

If you prefer to clone your repository using a command prompt you may use the code snippet below. Choose a location from your local directory and execute this code.

3. You will be prompted with a black solution since we don’t have any files yet. Let’s add a sample file to the repository. In my case, I added a test File. See the image below.

Now, that we have the file commit, and push the changes to our local repository.

3. Now, once you have done the steps above, you can check your changes by viewing the branch commit history. You can also view even your remotes repository. See the image below.

This can give you information such as:

This command will tell GIt to add a file to track it and add it to the staging file.

This command adds a specific file.

This will add all the changes to the staging area.

This command will save the changes made from your local repository.

This will commit all the changes in the directory you’re working in. Once this command is run, you’ll be prompted to enter a commit message.

To make all your committed changes available to your teammates, you’ll have to push them to the remote origin.

Note: This will only push all the committed changes.

In this tutorial, we have learned how to create your own local Git repository on Windows. To share the local repository that we create on this tutorial, we just need to share the folder where we place the repository. By using your local IP (//192.18.2.3/Test Git/test.git) you can share your changes with your teammates. Using a repository was also made easy by using Visual Studio since it has built-in functionality that adds, commits, and pushes changes without using a command prompt. Hopefully, this tutorial helps you collaborate with your team on your future projects.

This website uses cookies to improve your experience while you navigate through the website. Out of these cookies, the cookies that are categorized as necessary are stored on your browser as they are essential for the working of basic functionalities of the website. We also use third-party cookies that help us analyze and understand how you use this website. These cookies will be stored in your browser only with your consent. You also have the option to opt-out of these cookies. But opting out of some of these cookies may have an effect on your browsing experience.
Necessary Always Enabled
Necessary cookies are absolutely essential for the website to function properly. This category only includes cookies that ensures basic functionalities and security features of the website. These cookies do not store any personal information.
Non-necessary
Any cookies that may not be particularly necessary for the website to function and is used specifically to collect user personal data via analytics, ads, other embedded contents are termed as non-necessary cookies. It is mandatory to procure user consent prior to running these cookies on your website.
SAVE & ACCEPT
Loading Comments...